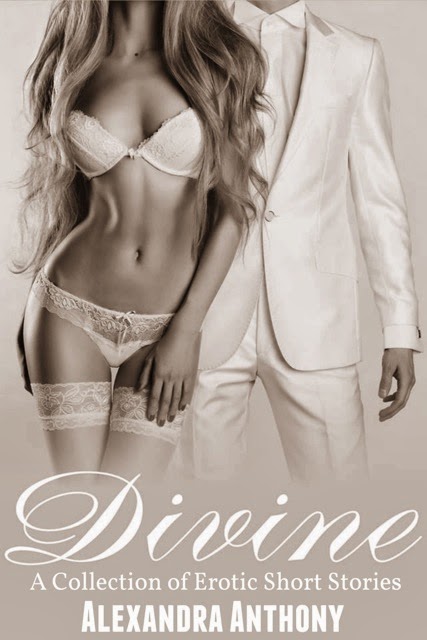 In "Red", Eve Long meets the mysterious vineyard owner Malcolm Goldman. She plans on seducing him, but is his bite worse than his bark?

In "Death Comes Knocking", Kate is forced to choose life or death when she falls in love with an angel.

In "Ruined", Lance finds that his limits can and will be tested, and fulfillment isn't always sweet.

In "I'm Coming Home", Maggie loses the love of her life...but is reunited with him after two years. Will their love recover after Matthew's captivity in Afghanistan?

In "The Alley", Samantha and Ryan can't wait to make it home after a drunken night on the town. It's hot, sexy and gritty fun for our couple. 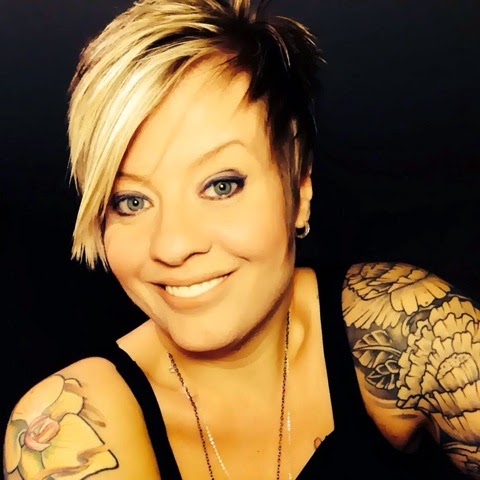 She was most recently featured in USA Today in an article by Joyce Lamb titled, "It's time to put some Paranormal Activity into your Reading" and was listed under Self-Published/Indie Authors for her most recent release, 'Ascend (The Vampire Destiny Series Book 4)'. Her book, Tempted: The Dark Hart Chronicles Book 1 won the 2013 Orangeberry Hall of Fame Award for Best Erotica.

Ms. Anthony is from the Midwest (Ohio to be precise) and was bitten by the lure of the vampire at an early age. She chose to take up writing and put her own twist on vampires...making them day-walkers that could easily blend in among their human counterparts. She also enjoys weaving Old Norse and Greek Mythology into her stories, adding a little realism to escapism.

Eve gathered her belongings and headed to the bathroom in the bar. Locking the door behind her, she unbuttoned her blouse and folded it neatly. She unzipped her black narrow skirt and slipped it down over her hips. She was thankful she was wearing one of her nicest bra and panty sets from La Perla. Sexy and sheer, the black lace accentuated her full breasts and curves. She left on her thigh high stockings and tugged on her trench coat, tying the belt around her waist.

She glanced at herself in the mirror, inspecting her hair and makeup with a critical eye. Her lipstick was still neatly applied and her blue eyes were lined lightly with black kohl. Giving her head a quick shake, it tumbled around her shoulders in thick blond waves.

Tucking her clothes in her bag, she unlocked the door and headed back into the lobby. Her heels clicked over the marble floor and when heads turned her way at the sound, she flushed. Even though she was completely covered, she felt totally naked under her trench coat.

She jabbed the up button on the elevator and rubbed her lips together as she waited for the doors to open. If Malcolm Goldman wanted a show, he was going to get one.

The doors parted and she stepped inside. She reached over and pressed the large two and watched the doors close and felt the subtle jolt as the car began its ascent to the second floor.

The elevator chimed and slid to a stop. She strode into the hallway and headed down the hallway to Suite 208. With each step, her reservations fell away. Never in a million years did she think she’d even consider fucking a potential client. Yet here she was, heading down the long hallway, ready to seduce the sexy man inside.

Eve passed suite 206 when she heard a door click open. To her amazement, Malcolm Goldman stood in the open doorway ahead of her. He’d unbuttoned his dress shirt at the collar, leaving more of his neck exposed. He was taller than she’d thought as he slouched against the frame, staring at her intently. He grinned smugly as he stared down at her.

Determination surged through her. He thought he would be the one to seduce her. Oh no. She would have her way with him.

Many times, if she was lucky.

She didn’t say a word when she brushed by him and walked into his room, placing her bag on the chair. She walked to the bed and lowered herself to the stark white duvet and rested her weight on her hands behind her.

“So Mr. Goldman, is this casual enough for you?”

He moved to stand in front of her. At least six-foot-four, he crossed his arms and casually leaned against the chair.

“You still have on too many clothes.”

His voice was slightly accented and a deep baritone. His mouth curled up at the corners and he flicked open the buttons on each of his shirtsleeves.

She cocked an eyebrow and tipped her head back. “Oh?”

His fingers traveled over each button on his dress shirt. Each one opened and revealed more and more of his olive skin. She felt her breath hitch, but she remained poker-faced and as cool as a cucumber.

“I thought we had business to discuss, Mr. Goldman,” Eve said softly. Her eyes continued to watch his every move as he shrugged out of his shirt and draped it over the back of the chair. He resumed his earlier pose with his arms crossed under his lean, muscular chest.

“I’d like to get to know you. Intimately, Genevieve.” Malcolm murmured. He chuckled and unbuckled his belt. “I think it’s better to really know a person before you do business, don’t you?”

Boldly, she stood and sidled up to him. The use of her full name infuriated her, but she liked the way it rolled off his tongue and she wisely chose to let it go. There were other ways to make him pay.

She met his gaze through his smoky glasses and placed one finger on the side of his cheek. She dragged her fingernail down over his jaw and neck, stepping in closer. “If we do this, we do it my way. Got it?”

Wordlessly, he nodded and stood. “I’m at your disposal. What shall you do with me?”

A rush of power gave her an adrenaline boost. She grinned naughtily and pointed to the bed. “Strip and sit up against the pillows. But do it slowly. I want to watch.”

His brow furrowed and his lips parted. However, he said nothing and stepped around her until he was at the side of the bed. Malcolm removed his belt from his trousers and

flicked open the button. He leisurely lowered his zipper and with a quick push, let his pants fall around his feet.

Malcolm Goldman went commando.
Posted by S.I. Hayes at 8:00 AM