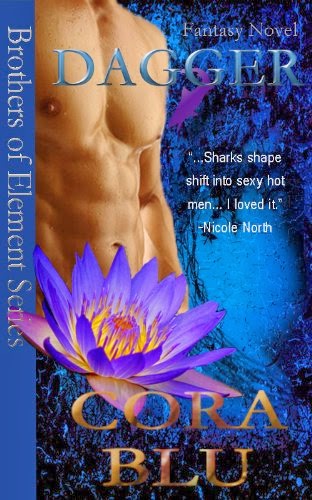 Drew keeps waking from dreams of a mysterious, sexy, blue stranger who makes her feel things she never imagined possible. When she learns her dream man really exists, he takes her to a world she has always longed to be a part of.

Dagger has been watching her for years, knowing she will be the one to save not only him, but his entire kingdom. He must convince Drew of what Clear Coral has been telling him all along—that their love will feed the ocean and save the earth from devastation.

As tsunamis and earthquakes ravage not only the ocean floors, but the land as well, Drew must learn to push past her fears and suspicions to embrace the marvels and challenges that wait for her under the ocean.
But not everyone wants a human in their ocean. Where there is a hero, there is a villain.
Death is the price of their failure.

“DREW, WHAT THE hell was that?” Jim barked, his face a red, blotchy mask.

She eyed her boss’s wet suit, hanging limply from his waist like a deflated tire. His sleeves flipped inside out, slapping his legs every time he pointed that long finger at her.

She didn’t care. Her teeth were chattering and her patience bank was on empty. She snapped at him, “That was me saving Michelle a trip to the morgue.” The air pack slipped from her cold fingers, hitting the deck. The solid thwack was muffled under the thick, angry air between them. “What was I supposed to do, watch? It saved your ungrateful behind.”

“Then cover your ears ’cause I’m not done.” Gripping the warm deck’s boards, she climbed out of the boat, wet suit slung over her shoulder.

“You take that off again and you’re on suspension.”

Mother Nature gave her the tools—no one said how she had to use them, and it saved their lives—case closed.

“Here, catch.” He tossed her the thick rope.

She caught it before it hit her in the mouth, her slowly tensing back muscles twitched along her spine as she secured the loop around the post. Jim’s tan, angular face puckered. Why was he so edgy lately? If she didn’t love him, she’d clock him over the head. Something was up. Something more than Michelle being eight months pregnant.

Jim motioned for a towel off the pier’s deck. “You never—ever—take that pack off,” he warned.

“Got a faster way to get the suit off?” She hurled the towel, aiming for his head.

“That’s your only protection down there.”

“And I was your only protection,” she said.

“Drew, you take too many risks.”

“This risk saved your life, Jim. Be grateful I wore the front zip or I’d still be struggling to get it off.” Snatching open her duffle bag, she dug out a peach T-shirt and slipped it over her head. “It distracted Bandit long enough.” Tugging the T-shirt past the wet bikini, she kept her eyes on Jim. He was pissed, but alive, and that was what mattered.

“Drew.” He set the cooler on the deck then dragged a hand down his face in frustration. She could see it forming, the grand lecture. “You were half-naked down there,” he told her. Peeling the seal suit down his thighs, it puddled around his feet.

“It saved your life,” she returned. “What’s the big deal anyway? We live on the beach. You’ve seen my bikini a million times.” She wiped off the face of her watch—seven thirty. He must not have gotten enough sleep last night. It had to be why he was freaking out.

“It’s not the same.” Worry lines creased his wide forehead above deep-set, squinted eyes. His signature pissed-off stare was aimed right at her.

“What?” She didn’t have another answer for that look. In truth, she did, but he was still her boss and this wasn’t the right time.

In one long, lurid sweep, his gaze undressed her. She wanted to crawl back inside the wet suit. “Stop looking at me like that.” She gripped her towel. “It’s, ewww, creepy.”

“That’s how Bandit watched you, Drew. A glass of vodka, flashing lights, and he was in the club trying to get your seven digits.”

“Jim, that’s disgusting,” she argued. “You’re one to talk. It’s no different than the little dolphin that clung to your side. Was she a science groupie?”

Dropping the towel, she grabbed her khakis. Shoving her feet through the leg holes too fast, she caught her toes and about toppled over. Gaining her balance, she knew he was right—knew taking off the wet suit would work, but he didn’t need to know that. Heck, she wished she hadn’t known it would work. A quick glance out over the Atlantic gave her a glimpse of the dolphins, and she knew they wouldn’t come in with Jim on the pier. She had to hurry.

After working in the financial world for over twenty years, I found many unique situations and characters that filled my imagination.

So in my stories you will find my characters are interracial and multicultural, because I don’t live in a one race world. With that being said, my stories deal with situations most people can relate to. I enjoy fleshing out that story of how the couple ending up in each other’s world and revealing that moment when they realized life wouldn’t be the same without that person.

Throw in stranded in the Alps or waking in a strangers bed because someone found you slumped over in your car. Having a threat sent through email and your ex is the main suspect, yet she’s missing. Or having a seven foot tall blue man standing at your back door covered in tiger stripes telling you it’s time to come home and he lives in the ocean, now you’ve entered my world of storytelling. 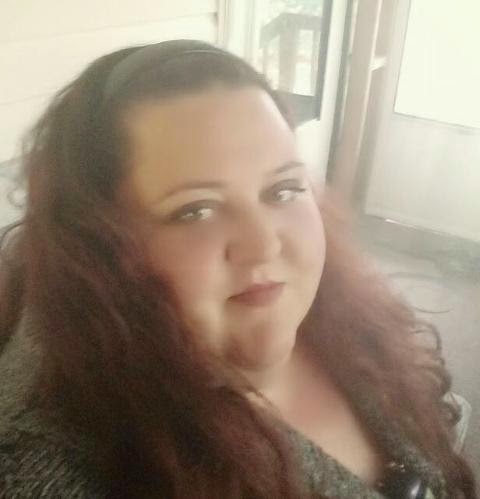 The In Dreams... Series, The Roads Trilogy, is the accumulation of almost eight years of writing. Begun in 2006 after a D&D campaign
ended S.I.Hayes took the world and created the Unavoidable Road. It took five years as
Shannon spent many months at a time in an undiagnosed Bi-Polar fog.