Once the top leader of the Sur del Calle cartel, Colombia’s largest drug trafficking organization, Pablo Sanchez has declared revenge against Blake Barnett, the FBI agent who’d killed his twin brother over a decade ago. After one failed attempt forced him to flee the United States, Pablo has a bold new plan and he’s even more determined to kill Blake and his fiancée, Whitney Steel. From Las Vegas to the militant infected jungles of Bogota, Blake has no choice but to risk his life and infiltrate the cartel’s inner world and eliminate the ruthless drug lord.

Having not read the first Whitney Steel Novel Reflection, I wasn't sure I was going to have a grasp on this one, but Author Kim Cresswell seems to have a knack for continuity. Weaving the meat of the first book right into the second from the start without it coming across as an information dump. Good on her for her that! Too many authors fall short here and I am always impressed when I see a series done well. I hope Kim keeps up the pace.

That said, Retribution picks up three years later with the conviction of Nathan Shaw for multiple murder and illegal cloning which resulted in the first human clone. A little girl that Whitney and Blake are now in the process of adopting.Whitney is still affected by the events of the first tale but sucks it up in the first few pages to get her story out. She's happy to see justice done and the weight seems to finally lift off of her.

Then the van shows up and her worst nightmare begins, she is taken by men in masks as revenge for the previous books events. When she wakes her kidnappers don't seem very concerned about her knowing faces or names. She knows what that could mean for her, especially when she spied a tattoo she knew all too well. Pablo Sanchez was back and out for blood.

Poor Blake Barnett, caught up in a blackmail scheme that could put the lives of dozens of FBI agents in peril and trying to find Whitney. Man is a master of the multi-tasking.

What else can I say without giving up the goose of some grizzly plot points? Not a lot, suffice to say that if you liked the ass kicking's Whitney gave in Reflection you will not be disappointed in her this time around. Sanchez is just as sadistic as you'd expect and the adrenaline junkie in us will be well satisfied. Overall it's a really great read and I recommend you go grab a copy!! 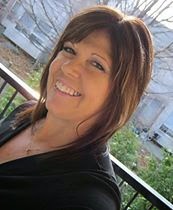