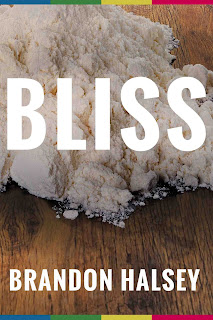 Part horror story and part tragic bildungsroman, Bliss combines themes of drug addiction, alcoholism, childhood abuse, guilt, religion, sexual longing, and existentialism into one unique reading experience. A dangerous new drug is hitting the streets and dirt roads of a small rural community. The drug, known as Bliss, causes feelings of euphoria and intense hallucinations. Two powerful men believe they could harness the drug's power for their own nefarious means. The Scientist, intent on world domination, tries to weaponize the drug. Father John McGrady, a young Catholic priest, uses the drug to convert infidels and gain followers to his cult-like Christian sect. When the Scientist uses a summer camp run by the Catholic Church as the testing ground for his weaponized Bliss a war rages for the townsfolk's souls and lives

If that doesn't make you want to open the book and dive on in what will??


First things first, if you're a horror fan but are only in it for the guts and gore don't bother.

I mean it's here, it's here in spades, don't get me wrong.  Author Brandon Halsey doesn't pull any punches with the gratuitous sex or violence that the horror genera has come to pant for, not by a long shot! It's just that this novella is also really pretty deep. There's a lot of heavy religious dogma that's splattered around by the zealots, making you beg pretty hard that they start getting chomped on.

Though that could just be me and my cynical heathen need to roll my eyes so hard I got a migraine at times.

It's flawlessly well written, with rich backstories for each character, while I didn't particularly care for any of the Adults in the tale some of the kids I could actually relate to on one level or another.

But all of the character's are screwed up in one form or another, and the redeeming qualities well I wasn't really seeing any. Perhaps I wasn't in the right mindset to be reading a book with the depth  his one seemed to be reaching for, or perhaps it went over my head. It's not to say  I didn't like it, in fact I'm pleasantly surprised by a book that I have to re-read to get the point of, it's rater refreshing to come across something intelligently put in the horror genera.

The main villains, the scientist and Father McGrady who are using the children and the councilors at St. Ignatius' Summer Camp for their own devices each seem to think that they know what they are doing. It is crystal clear that they do not, the weaponized Bliss is creating "zombie" like creatures within hours of ingestion and the street version is so addictive McGrady is going to lose his grip on his junkies I'm sure. But You know I never finish the reads, or at least I never tell you if I do! *Wink *Wink* So if you wan to see just how twisted and gory this thing gets and I'm sure it does as it starts out with a serious CHOMP, Do go and read BLISS... 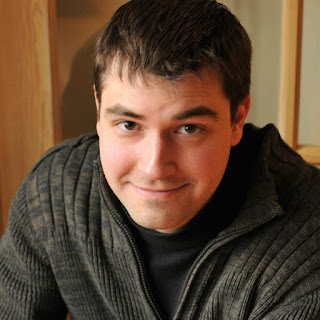 Brandon Halsey is the award-winning author of Bliss and Assorted Poems and Purple Prose. He is a very private person.