#MondayBlogs A Siren For the Dead #Scifi #Fantasy @rosysophia @Shannonihayes 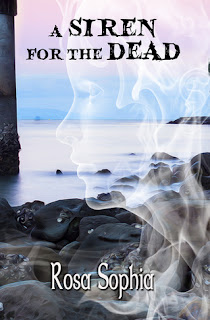 Blurb:
Aldon never got anywhere on his good looks, at least not according to his late wife.
At forty-two, his only companion is a cat named Tilly, and he’s turned to drinking in his off-hours to quiet the discontent in his head. As a city cop, he carries a heavy weight on his shoulders. Though he’s troubled by his own problems, he never lets them get in the way of helping people.
Now he’s needed more than ever. When the daughter of a nobleman goes missing, Aldon is sent to an alien planet to retrieve her.
But there’s one catch. The woman he seeks is unique. She is a siren, and she can raise the dead.


In the city of Nalakien on the planet Loamarl,  things are in upheaval. They are in the throes of war and their police force is thin, leaving them at the mercy of some unsavory situations. From the start things are not going well for our protagonist Commander Aldon Trekker, who has his hands full form page one. It opens with a fissure in the ground and bodies strewn across the square, which is really a round park. He gets the call and we follow him as he makes his way on foot some four miles in the most unorthodox of ways. To arrive on the scene to talks of reanimated corpses attacking and killing civilians and cops alike.

This doesn't seem to surprise him, only exasperate his already tired state, as he wracks his mind trying to figure out a way to hide the potential emergence of a Siren from the people. In this tale Siren's can raise the dead. They let the blame fall to the local Leper Colony. Which then means they have to add protection there. In the same breath the city shakes and weaves, the tunnels and columns beneath are unstable and ready to fall with the coming of high tide. All of this is on his already depressed and over worked shoulders. You would think that it would be enough for a great story, but author Rosa Sophia takes it a step farther. Throwing in an intergalactic kidnapping!

Lord Sarone, the keeper of the people sends the Commander to Earth to find missing Science Officer Mayanna Murray, who just so happens to be a Siren. Stunned and disbelieving Aldon embarks with Sarone's Son Luis for Earth.  To find themselves immediately pursued by the CIA on suspicion of Terrorism. See the two plants had been trading for years and Earth was suddenly having issues of dead people walking, and people going crazy, which the USA attributes to them... (How like us.) They find an ally in an agent, and the conspiracy deepens.

There is more than one Siren on Earth and Ms. Murray is apparently helping the Americans to do something not on the up and up...  (Because we would be greedy bastards)
Now they are faced with trying to find out just how deep the rabbit hole goes. It gets more interesting as it goes but you'll have to read it, to see. Needless to say I'm rather enjoying this Sci-Fi Fantasy. It's got a lot going for it. Strong characters, new worlds and old. Surprises around the bend. Go and check it out! 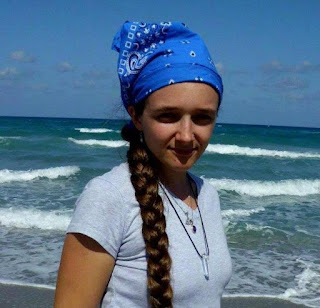 Author Bio:
Rosa Sophia is a novelist and full-time editorial consultant. With a degree in Automotive Technology, she adores writing and editing as well as fixing cars. Rosa is also a crazy cat lady in training, and currently divides her time between South Florida and Pennsylvania.