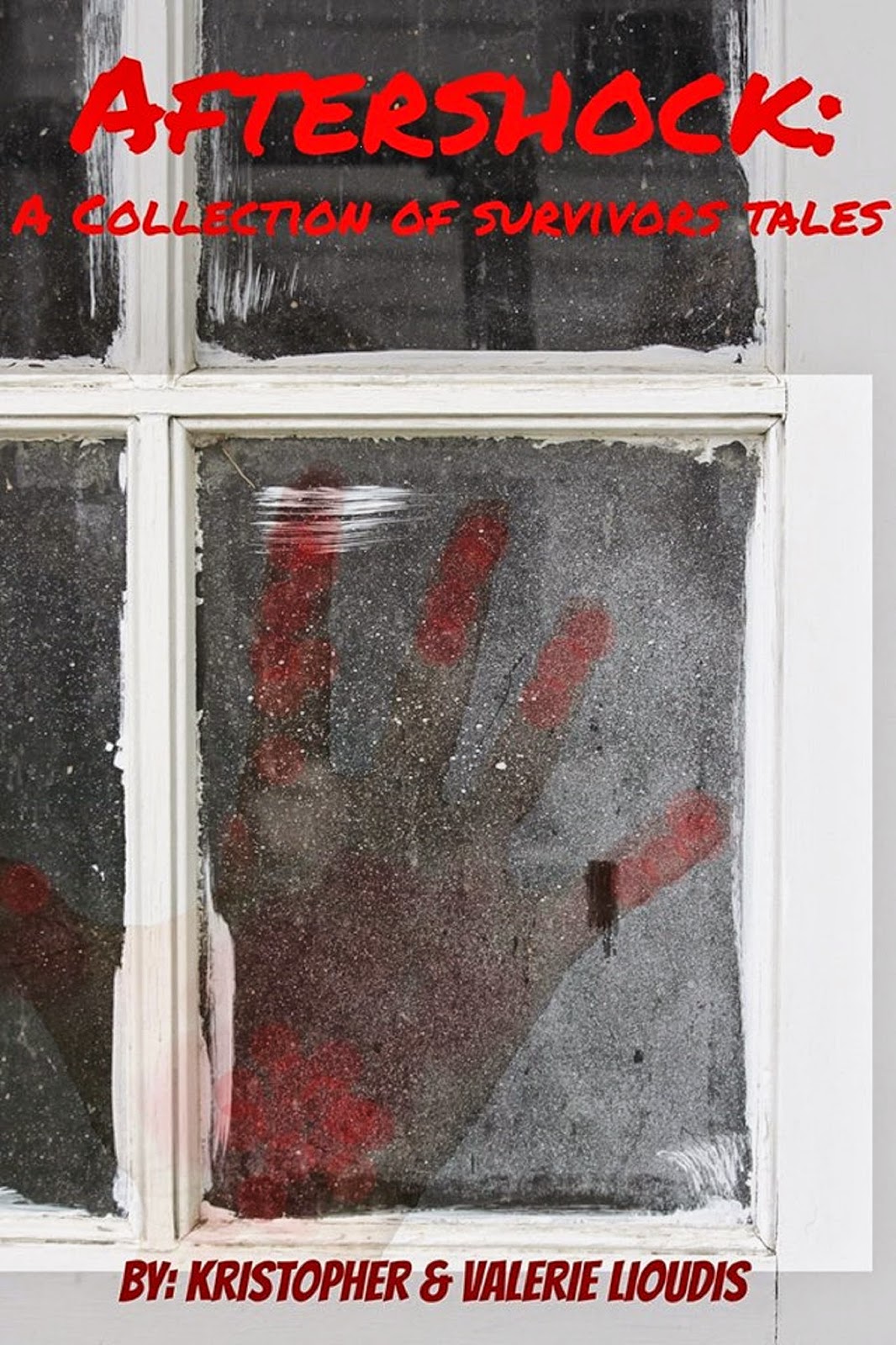 Life after an outbreak is a nightmare for those who are struggling to survive. Aftershock follows several groups as they make their way in this drastically different world as they confront not just the relentless undead, but the dark side of humanity living in lawlessness. Ian, an infantryman who fought on the front line at the beginning of the end, Jessica, an author from a small town in New Jersey, and Reverend Samuel Mathis, a Methodist minister struggling with his faith after the Apocalypse are just a few of the characters you will meet and travel with as they search for some kind of existence in the wasteland that America has become.


Right from the first line I knew I was going to be in for an interesting tale to say the least. This is a multi-point perspective of a Zombie Apocalypse told in a series of short bursts. All of the characters having barley gotten away from a total mauling of moaning walking corpses. Even with all of the zombie craziness going on the authors manage to keep some of it light and even humorous. While other portions, particularly the introduction of Max and Rocky are down right heartbreaking. (Yeah I cried like the big girl that I am!) But what do you expect with a tale about a boy and his dog??

Any how... moving on. We've got Daniel, the military man, whose wandering the woods after his unit disappears on him. The Rev. Mathis whose been through some serious shit-storm crazy. Max who's 9 and only has his dog Rocky who's a better watch than him. Then there's William who we have seen little of as yet, but appears to be somewhere on the Autistic spectrum, so that's going to be interesting I'm sure. Then there's Amy who's taking care of her nieces and nephew holed up on a house until the mysterious flyers come which lead them out and straight to Mick the admitted douche who has just run out of cigarettes....  As a smoker I feel his pain.  Jessica is a writer whose block has been broken. On her small island home one man is rising to power and the out look is not so good,...

Then there is the mysterious test subject 63-04, being studied by a scientist who has been infected, the subject can not be infected but alas a vaccine or cure does not seem to be viable from him. With his Dr. making the way toward becoming a Zombie now as well what's to become of him?

With intros  out of the way the tales wrap around each other as the characters begin to slowly run into each other. The Rev. having survived his ordeal with a renewed Religious vigor has set up a sanctuary for those still living. Separately both Max and Daniel have so far made their way to him.

Amy finds Mick when they stop to find water, fending off the dead as they push through town. Only now they have found a "quiet place" which has them at odds with their relief and their terror, in an Apocalypse quiet can't be good... Can it??  Fo some things go downhill fast for others at my 131st page things are looking up, but you'll have to check it out for your self if you really wanna see where it's all headed. if you find yourself a fan of shows like the walking dead or follow the comics I think you will really enjoy this one from Authors Valerie and Kristopher Lioudis.