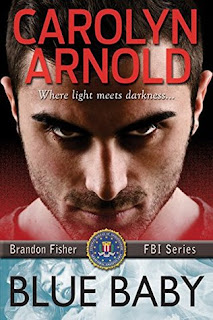 Happiness is elusive for many, but from the killer’s standpoint, it’s something he creates. And he’s determined to get it right…at least one more time.

The murders were one year apart, but the similarities have the interest of the FBI. Both victims were found in their tubs, dressed in their wedding gowns. But that’s not the worst of it. When a third body is found, Brandon Fisher and his team make the chilling discovery that more than the killer’s method of operation connects the women.
Something old something new something borrowed something blue, yeah it's here, and it's twisted. After reading Carolyn Arnold's Blue Baby, you'll never look at that old nursery rhyme the same way again. Brandon Fisher returns in the fourth installment of this FBI series.

Having not read the previous three I was afraid I was going to be at a loss, but the author does a fabulous job of reintroducing the major players in a way that you come to understand who they are without too much backstory mucking up the new story.

There are old relationships and new, wiggling their way through the cracks of the mysterious murders adding to the personal tensions of the key characters. Giving it a full and fleshy feel. I like the POV changes, from Brandon to the others, it's an interesting take I haven't seen in a long time and it's been well executed.  *Wink*

I particularly liked the killer POV, but I'm sadistic like that, the little moments where we get to see into the head of a psychotic are always insightful and full of tasty tidbits. It gets more interesting as it moves along, and is well paced all in all it's something I would recommend. I'm looking forward to finishing it, and reading the previous ones now as well! 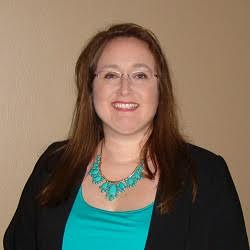 CAROLYN ARNOLD is the international best-selling and award-winning author of the Madison Knight, Brandon Fisher, and McKinley Mystery series. She is the only author with POLICE PROCEDURALS RESPECTED BY LAW ENFORCEMENT.™

Carolyn was born in a small town, but that doesn’t keep her from dreaming big. And on par with her large dreams is her overactive imagination that conjures up killers and cases to solve. She currently lives in a city near Toronto with her husband and two beagles, Max and Chelsea. She is also a member of Crime Writers of Canada.