A New Novel From +Eri Nelson 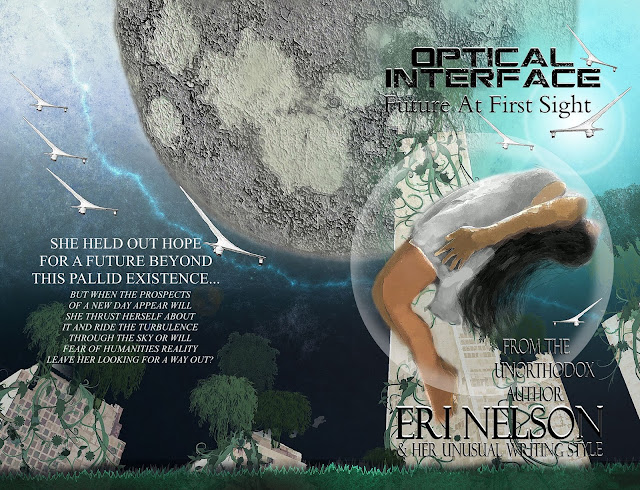 Beyond the world’s now pallid face, distractions are limited and energy has been proven more productive. Amid the dense infrastructures, a vertical life had prospered for eons within the urban jungles that now cover much of the terrain.
Limited land has left a technologized inhabitants to dive beneath the seas, reach for the skies, and travel beyond the stars. Although even the prospect of 4018 seeks for answers that lie within only a meager few of its residents but even these few have no idea what the governing sectors have kept secret for millenniums.
Soar free on the back of a flying boards’ propulsion to defy gravity with the unorthodox author Eri Nelson as she writes the telling of one future young woman’s optical interface connection that will not only have you flying intermediately between the mountainous skyscrapers in a race for escapes but have you projected out and beyond your physical sphere to wonder a world far ahead of our own.

Now time for me to gush!!

Optical Interface Future at First Sight is Author Eri Nelson's first in what is hoped to be a long run of Science Fiction Novels. Eri, known for heated and fast paced reads such as The DHC(Dearhart Clan Series), Destiney Repeats Twice her Urban Fantasy with a twist and the whimsically awesome All about the Sauce series  has stepped out of her comfort zone on this one to bring us a mature look at the YA/NA genre.
It paid off.  From the moment you start this novel you are thrust into a new world. Our world thousands of years from now, where humanity has bleached it's self for efficiency and autonomy. But what they think is bringing them closer to themselves in the realms of science and knowledge has only further removed them from their lives, and their lives extensions.

Enter a single awkward teen who wishes for more, from the hints of color in her backpack to a pair of Pink shoe laces she strives to see and be seen, to be just a little Unorthodox. This sets her on a voyage that will put the whole of humanity in her hands.

The tale is twisted and fun and where I typically do NOT read YA, I found myself devouring this not once but TWICE! If you are looking for Sci-FI that's just a little different and full of twists and turns then pick up this little diddy from Eri Nelson. I promise you a good read! 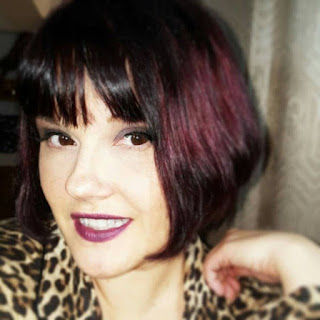 "I don't make excuses, hide behind traditional, nor apologize for who I am as a writer. Writing is an art... some get that and others will spew spite in the faces of those who dare to create." -Eri Nelson
Author Bio:
"I am so not a role model... Beyond the world of normal dwells those who see all things differently." -Eri Nelson
Eri Nelson is a nontraditional indie author who manages all areas of her fiction, fantasy, paranormal, action, adventure, mystery, SciFi, and sometimes-erotic writing. Eri handles all the groundwork of her books, even the editing. Because of this Eri strives to improve her abilities along with trying to explain to readers her far from traditional sentence structures. However, she will openly admit that typos follow her.
Join Eri and her shadowy side of writing as she takes you along to explore new desire hunger filled worlds where your mind can share in the heat of the read.